Blog #89 What Eating Organically Can Do

Adhering to an organic, whole food diet can help not only the planet, but individual health. Organically grown produce means little or no pesticides, and the pesticides used, if any, are not toxic to humans.  Additionally, raising organic crops a fertilizers results in soil that is more alive, healthy, and richer in nutrients.  These nutrients are absorbed by vegetation which in turn are eaten by animals higher on the food chain.  Because these crops are low in toxins and high in nutrients, they will help contribute to the growth of healthier animals, including humans. At this time, many pesticides are found in mother’s milk.  Fish and other seafood contain pesticides as well.  The higher on the chain an organism feeds, the more pesticides it will have in its body.

I’m going to relate two personal experiences in this blog today.  I’ll start with my puzzlement at my own transient feelings of depression un-based in any life experiences.  The one correlation I could find was that each time, I had just eaten Mahi-mahi, a medium to large sized dolphinfish that swims close to shore, in areas that tend to have a lot of debris.  They especially are found tropical and sub-tropical gulf coasts.  Since there is a positive correlation between depression and mercury poisoning, and since I have had a lot of mercury exposure in the past, from many mercury fillings, and since Mahi-mahi are the most mercury toxic fish I have eaten, I think there likely is a correlation between my brief feelings of depression (lasting less than 24 hours) and consumption of that type of fish.  Additionally, since Mahi-mahi tend to swim in waters that are cluttered with debris, this would make them likely to absorb more than their share of some environmental pollutants.  These pollutants would then be transferred to the animals higher on the food chain.

Farmers, who work with pesticides regularly and at higher levels than the general population, have an above average rate of depression.  According to a study published in The Annals of Epidemiology, year of publication 2002, Aug 12 (6) p. 389 – 94, farm workers exposed to pesticides had an almost six fold increase in depression compared with the average population.  Organophosphates are especially widespread and toxic and have been documented to be correlated with depression.  One organophosphate is Round-up.

I will relate one more incident that demonstrated to me and also to one of my friends how important it can be to eat organically.  One of my friends, an MD and biochemist, called me several years after she had moved to New Jersey and told me that she had become very ill and no one could discover why.  After several years of housebound existence, one perceptive physician tested her for Lyme’s disease.  She came up positive.  Several courses of antibiotics and other treatments started my friend on the path to recovery.  After a couple of years, she recovered most of her energy and was able to work outside her home part-time.  The diabetes that  developed with the onset of Lyme’s cleared up.  Finally, she just had one notable remaining symptom, which would not budge, no matter what she tried.  My friend is very knowledgeable about Chinese herbal medicine and acupuncture, but she did not respond to these treatments.  After working in vain on this problem for about a year, she remembered that I always tried to eat organically.  She had thought this was kind of silly, but had indulged me.  Now, she decided to try eating 100 % organic to see if this would help her skin.  Three weeks on an 100 % organic diet and her skin cleared up completely.  She called me with the news.

Although it amazed her, it was no surprise to me.  The body is always being exposed to, creating and eliminating toxins via the urine, feces, and sweat.  Other paths of elimination are through phlegm, sputum and respiration (carbon-dioxide and other substances are expelled with each exhale).  Sometimes, however, the body is so overwhelmed with toxins that they overtax the blood and lymphatic systems, and consequently must find their way out of the body via the skin in the forms of pimples, boils, rashes, cysts, and more.  This is what happened to my friend.   Then, when her toxic load was reduced, her kidneys and liver could handle the toxic load by themselves.  To this day, she eats totally organic and continues to be in good health, with clear skin.

This blog’s offer:  feel free to contact me with questions about dependable sources of organically, biodynamically and otherwise responsibly raised foods.  If you are willing to keep a food diary for a week, then for a small charge, I will give you some suggestions based on your history and food diary. 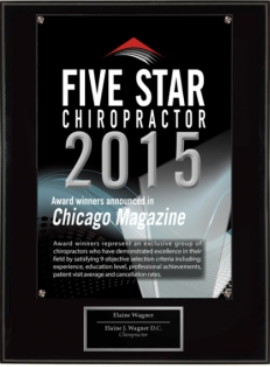